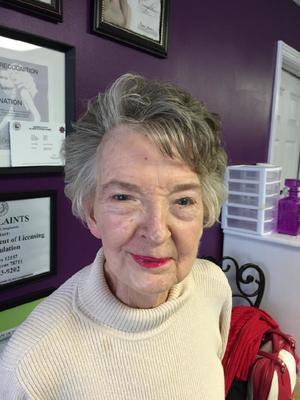 Mrs. Blanchard passed away April 15, 2020, in Houston. She was born July 4, 1924, in Lampasas, to Asa & Ethel Norvell Anderson. Norene spent her early years in Grand Saline. She graduated from Cisco HS, Class of 1941, and spent many years in Florida and Cape Cod, Massachusetts, before moving to Crosby 15 years ago. She was a member of the United Methodist Church and the Order of the Eastern Star. Mrs. Blanchard is preceded in death by her parents; husband, William Leroy Blanchard (Nov. 7, 2007); daughter, Norene Elizabeth Webb; grandson, William Robert Speights; and brother, Luther M. Anderson.

Considering the State and CDC's current guidelines for COVID-19, Bartley Funeral Home will be limiting gatherings to 10 or less people. Please understand the need to keep a safe distance between those in attendance. We are all navigating the evolving situation together and want to honor Mrs. Blanchard and her family while keeping everyone healthy. Thank you for your understanding and support during these confusing times.

Hard Decisions Are Not Always Easy